Ruby is a programming language created with the explicit mission of increasing developer happiness. Rails is the dominant framework for creating web and hybrid-native mobile applications in Ruby.

We share the popular opinion that Ruby on Rails remains the most powerful and mature open source web development framework. Ruby on Rails is backed by a community that is recognized as one of the largest, most successful in the open source world. Ruby on Rails provides the foundation of the technology stack chosen by fast-moving startups and dynamic enterprises to build powerful market-leading web applications and mobile back-ends.

Now more than ten years old, Rails helped facilitate Web 2.0, the explosion of E-commerce and accelerated the move to Software as a Service (SaaS) business models in its first decade.  Along the way, the Ruby and Rails communities as well as the companies in the Rails ecosystem pioneered or promoted many leading tools, techniques and services:

Many of these innovations were adapted and spread well beyond the Ruby community.

With an active calendar of global, national and regional conferences, innovators continue to have a great platform to showcase and promote improvements to Ruby and Rails itself that increase the performance of developers, teams and the software they create.

Ruby on Rails eliminates vendor-risk.  It was created by developers for developers. Its IP is public domain. No single company controls the evolution of Ruby or Rails. This means that if you choose to build your business on Rails, you are not subject to the whims of corporate managers at Microsoft or Google should they lose interest or change strategy. Ruby on Rails will continue to power web applications and potentially new kinds of applications not yet envisioned for decades to come. 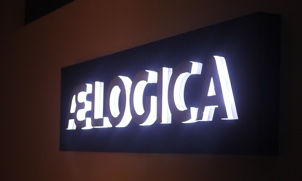 We share the popular opinion that Ruby on Rails remains the most powerful and mature open source web development framework.